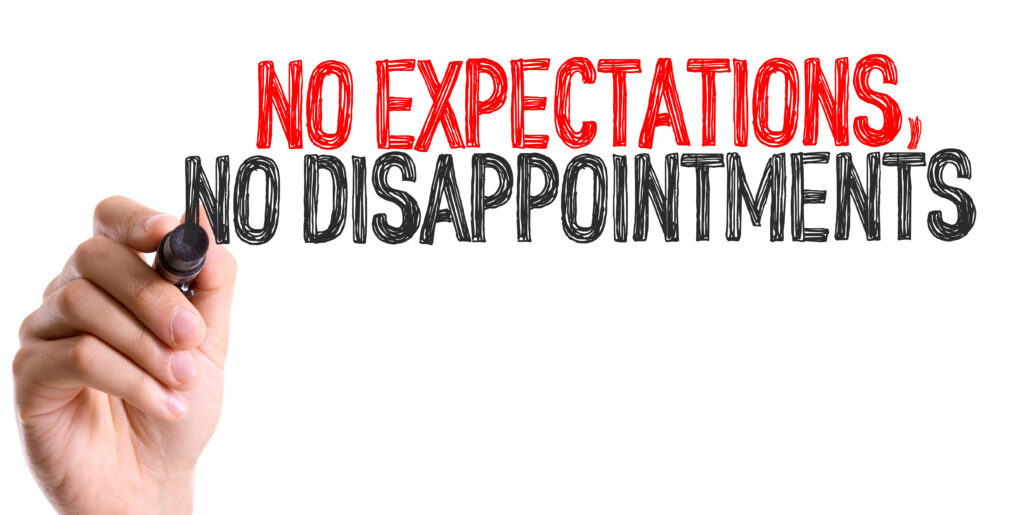 After a year of following her food plan to the letter and a weight loss of over 100 pounds, she was ready for a new life! Her sponsor had told her not to begin a relationship until after her first year in recovery and now, on her one-year anniversary, she was expecting to find the prince she’d always pictured in her mind.

She also wanted a better job and maybe even a new place to live. Her apartment had grown noisy and she wanted to live in a house where she and her incoming prince would be able to start a family.

The day of her anniversary came and went without her prince showing up. Then, another day, a week, a month, two months and still nothing. She began to feel frustrated and sad. How could this happen to her? She had worked so hard to stay abstinent. Where were all the rewards she expected?

She spent the next few months angry, depressed and sad. Though she continued to follow her food plan, she was tempted to overeat in ways that she hadn’t been before and she lost the serenity that comes from being abstinent. Her life became chaotic.

Years later, she would come to realize that it was her own expectations about how her life would be on her year anniversary that caused the pain she felt at this time.

For food addicts, expectations can be a dangerous thing that begins a downward spiral towards relapse. The strong feelings that arise from not getting what we want or think we deserve can sometimes be unmanageable for some food addicts in recovery. Even more, this self-created chaos that comes from expectations can cause an unrest within ourselves that makes us vulnerable to relapse.

Rather than having expectations in our lives and creating chaos for ourselves, it’s better if we can learn to live each day the best that we can. Over time, these well-lived days will add up to an amazing life without the self-created chaos that comes from expectations.