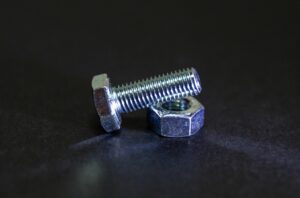 “One of our Wednesday “Nuts & Bolts of Abstinence” telephone meetings focused on how to work our recovery programs when we feel devastated by events that are out of our control and that threaten our serenity and abstinence.  At the time, we were feeling strong emotions over the same event.  But some of us, including me, have lost their abstinence over more personal events, such as the fatal illness of a parent, the death of a child, miscarriage, divorce, estrangement from children or other of Life’s curveballs.  These suggestions may be applied in any situation, and so we would like to pass along what we shared on the call:

In addition to the March 3 – Days with Phil and the Primary Intensive we are offering a Spring Special if you would like to combine events and add process groups in between. Please call the ACORN office at 941-378-2122 or email rmccumber@foodaddiction.com to register.

I had struggled with weight problems for almost my entire life. I tried a plethora of diets, exercise classes and therapy. It seemed to me the solution I was told was either eat less and exercise more and/or work on your emotional issues with a good therapist. I did all of these over and over and over again. Nothing shifted. For over ten years I regularly saw a therapist that specialized in eating disorders, I joined groups where the focus was on mindful eating and working on emotions that I “ate” over.

I remember one group where we all had to bring in one piece of our favorite food. I brought a rich, moist dark chocolate brownie. I couldn’t wait to get to group that night to see what everyone else had brought. We sat in a circle on the floor with our food in front of us on display. There were six people in the group and we had to cut the item we had brought into six pieces. Then we were told to be quiet and mindfully take a bite of our favorite food, then put the item down and slowly taste and enjoy the bite before we took another bite. We could choose another item that someone else had brought in if we wanted. We could have as much or as little as we wanted as long as we ate slowly and paid attention to what our bodies really wanted and most importantly to what we were feeling. “What my body wanted”, “be mindful of every bite”, what I’m feeling”…are you kidding me my brain was in overdrive with thoughts flying around like a whirling dervish…”what, I have to share this one brownie with six other people, I usually have at least two in one sitting”, “what am I going to eat next”, “there isn’t enough food here for me”, “people are going to be watching what I’m eating because I‘m the fat girl”, “oh no, everyone is choosing a piece of my brownie, there won’t be any left for me, I should have bought several more and left them in the car for after group”. There was absolutely no serenity or peace for me as long as there was high sugar, fatty, floury foods in front of me. I could think of nothing but eating them and if I couldn’t be stuffing them in my mouth as fast as possible I was anxious and jittery. I now understand why this sort of therapy was not right for me. However at the time it just boldly pointed out that I was a failure and couldn’t get a grip on the simple task of daily eating no matter how much support I had.

I was being treated for disordered eating! This was not my ailment, I had food addiction. Two diseases that can look very similar. However they are scientifically very different and need two very different treatment plans to successfully recover. SO what’s the difference between an eating disorder and food addiction you ask? This is a great question and a hot topic right now.

Here is what I have come to understand. The main similarity in Binge Eating Disorder and Food Addiction is that they both create loss of control over food consumption resulting in it becoming increasingly more difficult to lose weight and keep it off simply by dieting and exercising. Ok, check…I definitely had lost the ability to control how much, what or when I ate and my weight was piling on year after year. So far this still doesn’t help me with what my solution should be though!

In a person who has an eating disorder like Binge Eating the problem is they do not have the skills needed to deal with difficult feelings. Hmmm, ok? Is this why people would always ask what I was feeling when I over ate? Or why people would say they over ate when they were sad or angry and I would just nod and pretend I related because for me it didn’t matter what I was feeling; happy, sad, mad, glad…I didn’t need to be feeling anything in particular to overeat, I just wanted to EAT!

People with eating disorders use food or unhealthy eating behavior(s) to cover up their feelings. They “medicate” their feelings with their “comfort foods.” When the feelings are not resolved, they keep coming back, often longer and stronger and it takes more food – and eating more often – to get any relief from the unwanted feelings. The solution for those suffering from an eating disorder is simple but difficult: develop emotional skills to cope with the difficult feelings in a healthy and direct way. Ok, this makes sense, I can certainly relate to the needing of more food more often…but I had had YEARS of therapy to deal with my feelings and past traumas and things in my eating world certainly were not getting any better, in fact they were getting worse year after year!

So now what? Well, let’s look at what we know about food addiction and see if this paints a clearer picture. This disease is caused by the food itself – not prior trauma or lack of emotional coping skills. A specific food – like added-sugar, flour, specific grains or excess-fat – change the brain biochemically. Just like alcohol or other addictive drugs, susceptible people develop a chemical dependency to certain foods.  Thus, someone addicted to sugar, for example, finds themselves craving sugar. Progressively they need excessive amounts and thus create an even greater dependency. Ok, this explains why when I was in the eating disorder group with my brownie in front of me my mouth was watering and I was consumed with the cravings to just EAT it all now and forget about this mindful eating stuff. It would be like asking a cocaine addict to sit quietly with a line of cocaine and a straw in front of them and to just snort ¼ of the line and then sit quietly and focus on what they’re feeling and not on the rest of the cocaine sitting right in front of them…not going to work!

So people with food addiction eat because their bodies are physically dependent on certain foods and over time their bodies require more and more of those foods to be ingested to reach satiation. BINGO…..this is me! Therefore my solution as a food addict was to completely stop eating the foods I was addicted to. Much like an alcoholic needs to completely abstain from consuming alcohol. Just to be clear, the food addict may also have emotional issues that need to be dealt with. However, we must first eliminate all foods our bodies have become addicted to. So this explains why my years of therapy and diet and exercise had literally done nothing to ease my never-ending obsession with eating and why when I finally did put down certain foods I was able to stop the food cravings and obsessions.

So to summarize, eating disorders and food addiction are quite different diseases with very different causes. Eating disorders are caused by prior trauma and underdeveloped emotional skills. Food addiction arises when very specific toxic foods cause biochemical changes in the brains of particularly susceptible people. Further, the solutions to the two diseases are very distinct. For eating disorders, work on improving basic feeling skills and healing unresolved trauma. For food addiction the solution is to first remove the offending foods from the diet, and then find the specialized support needed to deal with the ongoing emotional, mental and spiritual issues caused by the food addiction.

Hope this helps. Let me know if you have any other questions or want to chat further. Connect with us on Facebook or Twitter or drop me an email at fooddependencyrecovery@gmail.com

Wishing you all recovery and peace,

February is Heart Month in North America. Yes, Valentine’s Day falls in February which speaks to the emotions of the heart. However, Heart Month’s focus is on the physical health of our hearts. “Heart Disease” (a general term that simply means the heart is not working properly) is the number one cause of death for men and women. The best defense for heart disease is controlling the risk factors such as:

The above risk factors are preventable and manageable. I know this first hand as I suffered from every single one of the above conditions and was on a plethora of medications to treat each one of them. The treatment that finally worked for me was treatment for food addiction; specifically a food plan that supported abstinence from all foods my body had become chemically dependent on and therefore was powerless over stopping to eat them.

Within twelve short months of food addiction treatment, I was free of all of the above conditions, taking no medications and am now extremely healthy according to my doctor. This is not an uncommon result for those recovering from food addiction by following an abstinence based treatment plan. So while “heart disease” is often listed as the cause of death on the death certificate, the truth is this is often the secondary cause with food addiction being the primary cause. So let’s include food addiction education when we talk about February being Heart Health Month!

Book Two in the series by Phil Werdell now on Amazon

For those starting food addiction abstinence and for those experiencing chronic breaks in abstinence or relapse, many of those in ACORN’s network have found it useful to do rigorous food slip inventories and create very specific practical changes that a food addict can make the next day – physically, emotionally, mentally and spiritually.

In recent years this recovery tool has been shared broadly among recovering food addicts and by physicians, dietitians, therapists and other health professionals. Now, Phil Werdell has written a short book based on his long-time experience using food slip inventories in his own recovery and professionally in ACORN. Dr. Beth Rocchio, a bariatric physician and Director of Integrated Weight Loss, adds a new preface.

We are pleased to invite you to attend the “Be Mentally Well” Symposium jointly sponsored by the UMass Department of Psychiatry and the Food Addiction Institute: “Trouble with Food? Sorting it Out with a Focus on Recovery”. This 1-day symposium is for anyone struggling with food issues, their family members and the professionals that work with them directly. You are also invited to attend the 2nd Annual Food Addiction Conference: “Diagnosing and Treating Food Addiction: A Toolkit for Physicians, Dietitians, Therapists and Other Health Care Professionals.” See below for more information on both events. We hope you will be able to join us!

Register Here For Either or Both Days