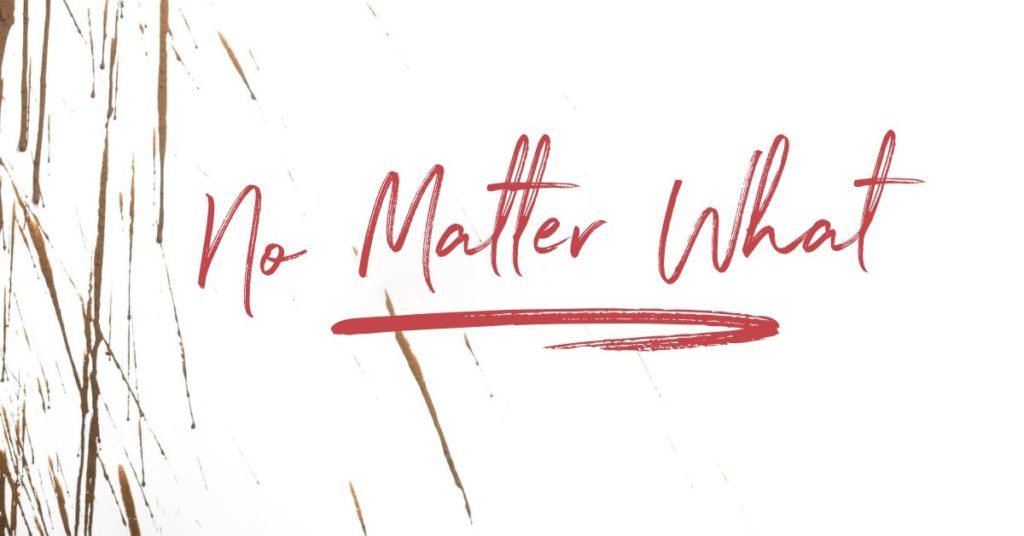 I’ve been in recovery for a little over four years now and on two occasions, I found myself in a situation where I thought “today’s the day I lose my abstinence”. I remember both played out the same way and the last time occurred when I was still working at the bakery. I thought I’d planned well enough that day but was unexpectedly faced with a double shift. Not anticipating that, I was without a back up meal or an abstinence kit. (*News flash Andrea* …That is precisely the point of an abstinence kit!!! To protect one’s abstinence in cases just like this!). As evening approached, I remember thinking, “I should stop for a break, I should call my sponsor, I should come up with a plan”. I remember not doing that. The later it got, the more overwhelmed I became and soon the focus was, “just get the work done, you can figure your food out later”.

I hadn’t even realized the danger I was in until I headed home. Into the night I went, only to discover that nothing was open other than gas stations and one grocery store that was closing soon. It would take a miracle to get there in time. In a frantic and panicked state of mind, I called my sponsor. I was granted a miracle, I made it to the store just in time while my sponsor talked me through every minute of every decision, until the moment I was eating in my car.

My recovery was at risk that day but I can assure you, it wasn’t all about the missing abstinence kit.

This was about control and self will. It was about ignoring feelings in my body that were screaming at me to pause. It was about ignoring my boundaries around meal times and choosing to prioritize work over my abstinence. This was about getting caught up in my day, so much so that I listened to the voice that said “I’ll figure this out later”. That voice is detrimental to my recovery. All of these factors can be summarized in one sentence.

I did not put my recovery first.

That was a couple of years ago and I remember what a terrifying experience it was. I vowed to myself and others,“ I’ll never put myself in that position again”.

Two weeks ago, I travelled to Florida. I remember thinking, “it’s just a short flight… I don’t need to plan beyond packing my breakfast… I’ll figure something out when I get there”. When Amanda came to pick me up, the first thing she did (after a long awaited hug) was ask me what I needed to do in terms of my meals and my recovery. I found myself saying, “I don’t have a plan, I’ll figure something out later”. With wide eyes and chin dropped, Amanda asked, “Is this what you would suggest to a client”?

(*Cue Andrea stunned like a deer in the headlights*)

“No, of course not”! I gasped at the absurdity. Suddenly my gasp turned to a low, awkward giggle as I stepped into the realization that I had failed to put my recovery first, just like that day at the bakery.

After about a week in Florida, I noticed that I was incredibly busy and I felt the days getting away from me. I noticed that despite my serenity, I was approaching parts of my program from the “I’ll figure it out later” perspective. I asked myself the same question that Amanda had asked one week earlier.

Would I suggest this to a client?

I asked myself what I’d say if I watched this unfolding in someone else’s recovery.

“ I see warning signs, you need to get back to basics, immediately”.

In an effort to prove myself wrong, I leafed through my nightly check ins from the past few weeks, assessing how consistently I’d been fulfilling the basics. In two key areas, I was shocked to see gaps larger than I’d like to admit.

“That can’t be right, I’d have noticed this sooner”, I thought.

And then I remembered that lately, I felt fearful when sending my check-ins. Fearful of receiving feedback I didn’t want to hear. Somehow, no one said a word, which left me feeling relieved, lucky, excited. It was that same feeling I got as a kid, when the teacher would announce “no homework“ as the last bell rang on a Friday afternoon.

I got quiet and meditated. In my mind’s eye, I saw two people. Andrea the food addict was facing Andrea the food addiction counsellor. I heard the two conversing in my mind. Counsellor Andrea asked “ how is the excitement of “getting away” with things any less dangerous than a food thought?”

Counsellor Andrea spoke softly, “Check in to your body. What’s happening for you right now?”

Coming back into my body, I immediately wanted to immerse myself in the gifts of fully working my program. I picked up the phone, called my sponsor and shared my thinking.

It turned out that Amanda’s simple question was an act of service. Ultimately, it led me to see that “not putting my recovery first” can show up in countless sneaky ways, from thoughts to actions, from willful to unintentional. This not only led me back to the basics but to my deep truth that recovery must come first, no matter what.