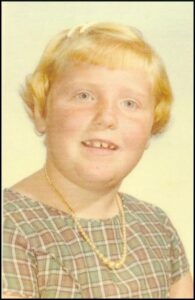 As an obese child, life was very hard. In fact, I can honestly say that it was brutal and something that I wouldn’t wish upon anyone. I know that many of you can relate.
I was born a healthy weight of just over seven pounds. I was a cute little girl with curly blonde hair and bright blue eyes. I was the second child born in my family, and my sister and I were loved and cherished. I was a “normal” weight until around three years old when I became “chubby.”

My first memory of sensing that I was “different” because of my size was when I was five years old. One of my young friends and I sang “My Bonnie Lies Over the Ocean” at a summer neighbourhood talent show. As I stood on the stage singing my little heart out, proud as I could be, I sensed that some people in the audience were laughing at me because I was fat.

By the time I was in third grade, I weighed 130 pounds, which was more than some of the teachers. Throughout my school years I was subjected to daily teasing, mocking, jokes, stares from people of all ages, bullying on the playground, exclusion from gym teams, and being ostracized by my peers. With each passing year, my weight increased approximately 30 pounds and my self-esteem and self-worth plummeted. The pain was too great for me to bear and, as a young girl, I prayed many nights that I would die in my sleep. I hated myself. I hated my life. But even more so, I hated having to face yet another day with its painful repetition of the day before.

I felt vulnerable to constant negative attention every time I was out in public. One time, with tears rolling down my chubby cheeks, I told my father that I felt sad and hurt by all the kids teasing me. He told me that he had been a fat kid too and that he knew how I felt. With sadness in his eyes, he offered his young daughter the only comfort that he had known, which was to simply say that, “Sticks and stones may break my bones but words will never hurt me.” I believed my daddy and tried his advice. When kids teased me, I told myself what he had said. It didn’t help. I still felt sad and lonely and hurt. That was the last time I remember telling anyone about the pain. 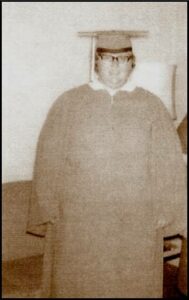 In seventh grade I weighed 270 pounds, and by the time I was a junior in high school I weighed 290. The experience of obesity during my teen years was excruciating. I was never asked to a dance and I never attended a prom. I was kicked, tripped, and spat at in the hallway. Every day was a matter of survival until, at the end of each day, I could walk into my home and fill myself with my favorite “comfort foods,” which consisted of cookies, chips, and other snack foods that gave me that much-needed sense of relief.

As an adult, people have asked me why my parents allowed me to get so fat. Why didn’t they help me? Why did they let me eat so much? In fact, by today’s standards, I might have been removed from my family home, my parents accused of abusing me.

I am quite clear about one thing: I do not blame my parents. My obesity was not their fault. They had no control over my mental obsession with sugary foods and had little, if any, control over my consumption of them. I hid food. I stole food. I snuck food. I lied about food. I know today that my parents did their absolute best to support a daughter who, without their understanding, was suffering from the disease of food addiction.

Both of my parents were overweight, and neither one had access to recovery prior to their early deaths. Of my four siblings, one sister and one brother have weight issues, but they do not identify with my experience of bingeing on addictive foods. I do not know if they are addicted to food; it is not for me to determine. Even more to the point, however, my other brother and sister – who were raised in the same household, with the same parents, and with access to the very same foods – have never had eating or weight problems. So I do not subscribe to the belief that obesity is entirely a problem of family or environment.

I have learned a great deal since growing up as an obese child and adult. I first heard about compulsive eating and food addiction while attending a food-related Twelve Step fellowship in the mid-80s.  I learned that some people have an abnormal reaction to certain foods – for me, primarily sugar, flour, and volume – and that those with this addictive disease and/or predisposition cannot safely eat certain foods in any quantity.

About that same time, I attended my first inpatient food addiction treatment program. I was 34 years old and weighed 340 pounds. While there, I discovered that my obesity was a symptom of the disease of food addiction. I worked hard in treatment and wholeheartedly surrendered to their direction. Upon leaving, I continued a multi-faceted recovery journey that lasted well over a year.

As the weight came off, I began to think that I had somehow overcome this addiction, and that I didn’t need to do so many of the actions that had given me a sense of freedom from the weight and from the obsession. This thinking led to four years of relapse during which my will to live was of no match for my will to binge. My last binge lasted 42 days and I gained 56 pounds, during which time I decided that I would eat until I died. I knew that I could not stop; and I knew that life would not be worth living without sugar. I was done.

Yet, deep inside of me, there was a little spark of hope. In January 1990, I re-committed myself to a residential treatment program that used the addictive model. This time I stayed for five weeks, followed by three months in a halfway house for food addicts.

Pain had become a huge motivator.

I surrendered to their direction and did whatever I was told. I followed their recommendations for treating advanced food addiction: putting my abstinence first, no matter what; weighing and measuring my food without exception; structuring my daily life around what I need to do to be abstinent and to recover; surrendering to rigorous participation in a food-related, Twelve Step fellowship; cultivating a spiritual life; building a strong network of support; getting professional counseling as needed; committing to helping others who suffer with this disease. 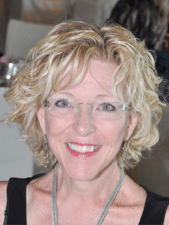 All of these actions – and more – have enabled me to live free of food bingeing and the mental obsession of addictive foods for over 27 years, maintaining a 195-pound weight loss for over 25 years.

The internal scars of growing up as an obese child are, to some extent, still with me, and I continue to experience ongoing healing as a result of the daily actions that I am guided to take.

In reflecting upon my story, my thoughts turn to the hundreds of thousands of obese children all around us who may be suffering in silence and don’t yet know how to get out of their excruciating pain.

While I am grateful for the heightened awareness of bullying in recent years, I also know that bullying and oppression against fat kids and adults continue. As I perused a few websites specific to Childhood Obesity Awareness Month, I did not come across one article that addressed the possibility of food addiction in our youth and the need for abstinence from addictive foods. I support the work of organizations like the Food Addiction Institute and others that seek to promote education and treatment for food addiction. 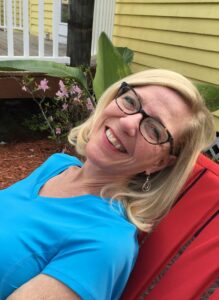 My hope and prayer is that every food addict has the strength and courage to continue their abstinence journey such that our voices and our very beings may share a resounding message of hope, of recovery, and of healing from food addiction and obesity.

I offer you my love and prayers for ongoing abstinence and recovery,
Mary